Historical album produced with Jean Vlala, introduction by Professor Jacob Raz. First reference book on the history of Butoh.
In this book are all the main troupes and soloists who have contributed to the creation and development of this branch of dance. Hundreds of previously unpublished pictures and texts from the Sixties to the Eighties illustrate the work. 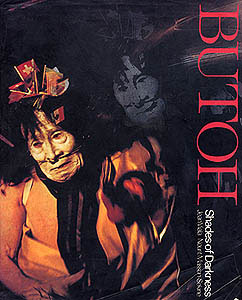 Nourit, in her various meetings, has asked the question : "How do you go on living knowing that one day you are going to die ?";
The people she met and chose for this book are the following : Henri Bulawko, Ginette Raimbault, Sogyal Rimpoche, Sylvie-Anne Goldberg, Françoise Verny, Patrick Levy, Alessanndro Jodorowsky, Jean Luc Nancy, Guy Mazars, Werner Lambersy, Charlotte Herfray, Marie de Hennezel, André Chouraqui, and Archie Fire Lame Deer.
How do people in good health come to terms with the idea that one day they are going to die ? Questions on finality, decease, the death of one's neighbour, one's own  death. This work is the synthesis of all the meetings. They were chosen through books and by chance to collect  thoughts for a planned artistic installation, a visual and sound presentation, which took place at the Strasbourg Cinébal in 1997.
The success and public interest shown in the project have prompted the production of this book.

« The courage of living for dying is a thought-provoking title. In her book the author pays hommage to generosity. Basically, she restitutes by impressions, by questions or sometimes by the association of ideas, what each meeting generated in the spirit. She does so humorously and derisively . The postface reveals one aspect of the artist's life. But perhaps it also reveals the nature of the artist's restlessness in general, of birth and death, in a  lifetime. Having read it, one could easily call it "The courage of dying for living". And in the subtitle  "What's human in human kind" can we discern the true meaning of the book. For what is human in human kind if it is not human awareness that man must die one day. Perhaps that  knowledge makes one human.

Starting from the question of finality, the author, Nourit Masson-Sékiné, dares to challenge one's neighbour in his subjectivity, imagination, history, life experience and personal inner awareness.
This is the last question and not the least because no positive reply is positive for everyone,no knowledge can fill the gap".
"Revue des sciences sociales"UMB no 28
Prof Guy Mazars,2001